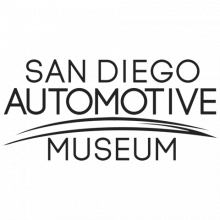 The Mission of the San Diego Automotive Museum is to tell the story of the social and technological past, present, and future of motorized vehicles throughout its collections, exhibitions, and educational programs.

As fellow automotive enthusiasts we were excited when the museum reached out to us about their Drupal website which was in need of some TLC. We jumped right in and put out some fires so to speak. The website was in need of module and core updates. Website functionality was diminishing do to neglect much like running an internal combustion engine without oil, it will only run for so long before it grinds to a halt.

After we finished with restoring the website functionality and performing some much needed maintenance it was time to for some improvements. We added automatic database updates, upgrade the PHP version, removed some outdate modules.

While we continued the process of updating functionality to improve performance we were asked to bring the look & feel of the website more inline with how the museum looks today. During our design meeting we listened to the new CEO's vision and goals for the future. When designing the mockups we incorporated his ideas into a timeless mobile first design with an emphasis on user experience.

Many hours of research were put in to see where the auto museum stood next to it's peers. It became clear to us that professional photos and video were needed to convey what the museum has to offer. Through several days of shooting we captured enough imagery to support the promotion of the museum and their fundraising efforts for the next year.

The San Diego Automotive Museum, which is located in San Diego's beautiful Balboa Park, has big plans for the future and Intrepid Network is thankful to be apart of them. Together we aim to achieve an online presence that meets today's expectations and supports future ambitions.